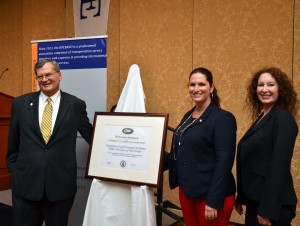 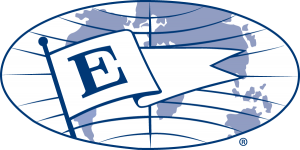 The IFFCBANO adopted the Triumph Over Kid Cancer Foundation (TOKC), a charitable organization that supports research for children with Osteosarcoma and other Pediatric Bone Cancers. These bone cancers strike about 1,500 kids and family annually; unfortunately however, this number is not large enough to warrant significant financial incentive for research on Pediatric Bone Cancer. This is exemplified by the fact that there has been no significant change improving mortality in the treatment of Osteosarcoma in the last 25 years.

TOKC’s primary mission is to raise funds to improve the treatment and survivability of Pediatric Bone Cancer. Ninety percent of the proceeds go towards research. M. D. Anderson Cancer Hospital has agreed to MATCH those funds on a Dollar for Dollar basis and will use all funds for research in the fight against Pediatric Sarcoma. The work will be done under the auspices of the Children’s Sarcoma Initiative, and will feature a committee to solicit new research ideas and
fund those most likely to lead to progress. Early diagnosis greatly improves prognosis; hence, educational efforts will increase awareness of bone cancer’s signs and symptoms. The remaining ten percent of TOKC’s proceeds will help fund Children’s Hospital of New Orleans and The Sunshine Kids Organization which work tirelessly to bring brief periods of happiness to the lives of these children.

To make a donation or learn more about the Triumph Over Kid Cancer Foundation please visit their website @ http://triumphoverkidcancer.org/

The IFFCBANO adopted the Triumph Over Kid Cancer Foundation (TOKC), a charitable organization that supports research for children with Osteosarcoma and other Pediatric Bone Cancers.

On behalf of the International Freight Forwarders and Customs Brokers Association of New Orleans (IFFCBANO), we invite you and your company to join the association servicing YOUR Customs District headquartered in New Orleans. END_OF_DOCUMENT_TOKEN_TO_BE_REPLACED

There are no upcoming events at this time.

The IFFCBANO is a proud supporter of the Triumph Over Kid Cancer Foundation (TOKC), a charitable organization that supports research for children with Osteosarcoma and other Pediatric Bone Cancers. Read more…